How to secure your Dahua recorders against Online Attacks

A few months ago, a loophole was discovered in the firmware of some of the recording equipment manufactured by Dahua. This loophole, in the less recent versions, could potentially be used to access and install malicious software, especially in those recorders which still use the default username and password or where the new password is way too simple.

As a result, the manufacturer launched a series of new firmware for all compromised devices, thereby solving the problem by updating the recorders to a new version of firmware and changing the passwords to less predictable ones.

At the beginning of July 2017, a new attack was detected, this time affecting devices with a non-current firmware and also taking advantage of the more uncomplicated passwords. The result of this new attack is far more visual since it replaces the name of each of the recorders video channels with the word Hacked. 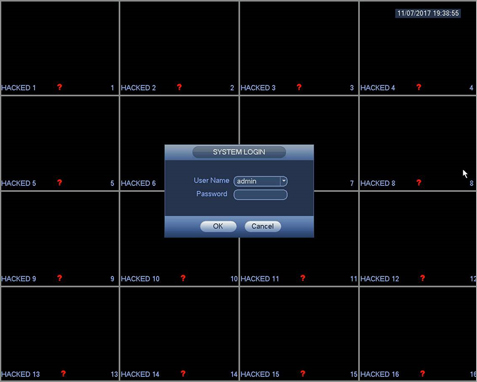 During September 2017 a new wave of this same attack has emerged which is infecting devices which still haven’t had their security measures updated as recommended.

In case you have a recorder which has been affected by a malware attack from the Internet, the steps to solve the problem are: